Crypto currencies – how to invest the easy way

Over the last few months, Bitcoin has gone through an amazing upswing. In August 2017 the digital currency started with a value of 4,200 Euro. Due to China’s news it first reduced to 2,409 Euro. But since it has been increasing – all the way to 6,454 Euro. An additional upswing is indeed possible; however, corrections now and then are also likely. So, is it worth to invest in crypto currencies?

Experts tend to answer this question with a solid yes. If you have a look at Bitcoin’s value in 2016 when the quotation was around 602 Euro and when you notice that it has multiplied by ten until today, you’ll see that entering the crypto-trading industry can be very profitable. Even though the opinions and outlooks of financial experts need to be treated with care it is still very likely that Bitcoin will continue to increase in the next years.

Aside from Bitcoin there are of course also other crypto currencies which may be of interest for an investment.

The most important crypto currencies

With a market share of over4 0 percent, Bitcoin is the leading and most used crypto currency. Bitcoin was invented by someone using the alias “Satoshi Nakamoto”, who described the currency as a “Peer-to-Peer Electronis Cashsystem (P2P)”. The value of Bitcoin has been constantly increasing for some time now. While back in the day one unit of Bitcoins was traded for less than 1 Euro, the digital currency is meanwhile worth more than 2,200 Euro. As the number of Bitcoins is limited to 21 million, the currency is considered as stable. Additionally, Bitcoin, unlike other currencies, is not subject to inflation.

Bitcoin transactions are handled via the Blockchain technology. The host relies on a cryptological hash function called SHA-256. Around every 10 minutes a new block is created and when users provide server capacity for the creation of this new block, they receive a Bitcoin reward. Currently this mining process can earn you 12.5 Bitcoins. However, this process demands an extreme server performance and hence not everyone can participate.

The Ethereum is the second most often used digital currency aside from Bitcoin. The market share is approximately 27 percent. The actual name of this crypto currency is “Ether”. Ethereum basically just refers to the underlying network.

During it’s launch in 2016 Ether was more expensive than Bitcoin. It costed 8.40 Euro. Currently the worth of one Ether is approximately 200 Euro.

Ripple comes in third when we talk about crypto currencies. However, strictly speaking, this is not a digital currency, but the term rather refers to a network of trustworthy transactions. The difference between Ethereum and Ripple is that you aren’t limited to trading Ripple, but you may as well trade real currencies. Unlike Bitcoins, Ripples can’t be generated as the Ripple is only distributed by Ripple Labs. Additionally, the number of Ripples is limited to 100 billion, in order to prevent an inflation. Currently about 99 billion Ripples have been created. Compared to a Bitcoin and to Ethereum, the value of Ripple is almost neglectable – around 0.20 Euro.

The technical realization used for Litecoin is similar to the ones used for Bitcoin. The development of the values is similar as well, but slower than the development of the Bitcoin value. In early 2016 one Litecoin costed around 3 Euro. Currently the crypto currency has a value of 41 Euro per Litecoin. Generating is achieved via mining and Litecoin can not only be exchanged for Bitcoins but also for every other currency. Litecoin is managed via a P2P-network; i.e. that the control is also within the network and not with a single company.

The main difference between Litecoin and Bitcoin is that the blocks of the Litecoin blockchain can be created way faster – every 2.5 minutes and not every 10 minutes like in the Bitcoin chain. This also means that Litecoin transaction can be confirmed way faster. Additionally, Litecoin uses a proof of work algorithm called “scrypt”, this means that mining can be distributed to many people.

Simple and easy investment in crypto currency – how to do it

For those who still considered the world of virtual currencies as “cryptic” as they may have heard about the hype but haven’t paid attention to it yet, of course the question will arise: how can I invest without any issues. The answer is simple: via an online broker. The advantage is that you don’t have to spend time buying crypto currencies at a stock market and registering for a wallet. Opening a trading account at a suitable online broker is more than sufficient.

Meanwhile many online brokers offer trading with digital currencies. In this case you speculate on the quotation of a crypto currency and all traders need to do is to decide whether there will be a rise or a fall in their chosen crypto currency. Brokers offer different tools to make predictions, such as chart techniques. New users can used the detailed tutorials to become familiar with the topic “crypto trading”. Those who decide to use the online broker e-Toro for example can profit from social trading. This option allows you to copy trades experienced traders placed.Registrieren Sie sich für Ihre KOSTENLOSE Testversion

Investing in crypto currencies is a good alternative to common investments and due to the constantly increasing values it promises high returns. However, you may of course not forget that investments in general are risky. The same holds true for crypto trading. Hence, traders should cooperate with a trustworthy online broker who fully supports them, and they should also use tools to minimize the risk. 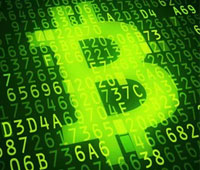 Onlinebetrug.net does not assume any legal responsibility for any loss or damage resulting from reliance on the information presented on this website, including the opinions of brokers, financial news, authors and/or analysts. The information contained on this website is not always published in real time and/or necessarily correctly and does not always reflect the views of owners, employees and/or content providers. It is important to know that bitcoin trading or any other type of trading involves high risks and is not suitable for everyone. Before trading in Bitcoin or any other financial instrument, you should be aware of the risks, know your investment objectives and limits, and have a sound understanding of risk and risk management.